Serious disorder after one wrong joint

Only a few people know that the use of weed can lead to a depersonalisation disorder – users can suffer from it for decades afterwards. 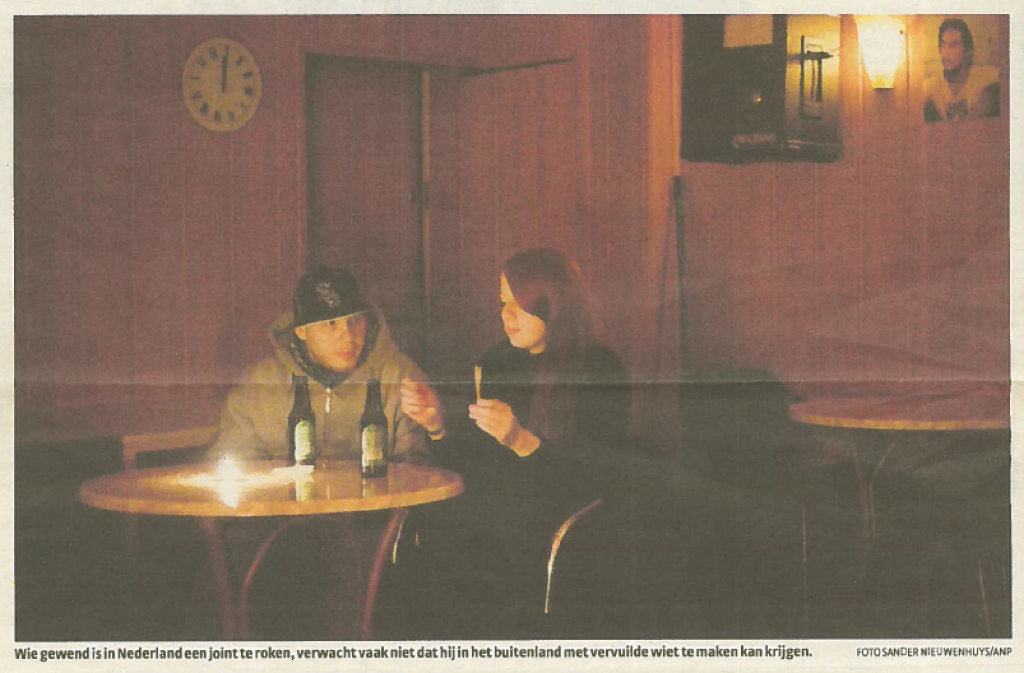 These days, more is known about the chances of psychosis after the use of cannabis. Eight percent of all people turn out to be sensitive to this. Now that weed is much stronger than in the sixties, we have to deal with this more often. Many people, however, don’ t realise that some of the youth who have used cannabis, develop a depersonalisation disorder. Their feeling of self has parted from their behaviour; this is called dissociation. They feel as if they are acting like an automaton and observe themselves from a distance. Sometimes derealisation occurs, where real stimuli seem strange and the whole world seems unreal. Also desomatisation is possible: the feeling that a certain body part does not belong to them anymore.
Being a psychiatrist, not too long ago I thought (and many colleagues thought the same) that depersonalisation only occurred as a result of psychological traumas or as part of an anxiety disorder. Now that my own son had a bad trip in the US after a one-off use of adulterated cannabis, I know that there can be a chemical cause for this disorder. From research abroad (US, England, Russia) it appears that 2,4 percent of the population suffers from this disorder, 13 percent of which is caused by the use of cannabis. If the same percentage is applied to the Netherlands, this means we have 50.000 youngsters who suffer from this disorder as a result of the use of weed.
It is a very persistent disorder. Ten to twenty years of disturbances are very common. Furthermore, it takes about two years to recognise these complaints, says the association of patients: Stichting Depersonalisatie.
Especially juveniles who suffered from a bad trip resulting from the use of weed or another drug, are prone to this disorder. During a bad trip the amygdala (center of fear in the brains) receives a severe blow, chemically as well as psychologically. The youngster suffers from deadly fears for hours on end, can have hallucinations, can lose consciousness, vomit, be paralysed, or become aggressive. A bad trip mostly happens to inexperienced users.
Adventurous backpackers who are used to smoking an occasional joint in the Netherlands, are at special risk in the US, Australia and New Zealand. In these countries, as almost everywhere else, cannabis is illegal. The dealers do not hesitate to add stuff like PCP (angel dust). This is another reason why bad trips happen in the US three times as often as in the Netherlands .
Jellinek (rehabilitation centre) and the Trimbos Institute (research institution) add that the effects of drugs depend, among others, on the setting in which they are used. An unknown environment with strangers causes fear more easily.
The complaints deteriorate when there are many stimulants, like at a party or in a crowded bus. This is caused by the fact that part of the brain remains too alert and overactive, while other parts of the brains show less activity as a protective measure – e.g. parts of the brain that connect the incoming stimulants to earlier stored information concerning these stimulants. These stimulants not being really permitted anymore, which makes the world seem unreal, is therefore a solution the brain has created, but turns into the main problem in the long run.
Depersonalisation evokes a lot of fear. The youngsters don’t only feel different from before, but also different from other young people. Solitude and depression are the result.
Although nothing can be noticed in a short, individual contact with these young people, this disorder can cause serious disablement. The youngsters often have to drop out of their studies or work, and can alienate family and friends. Since nowadays we know much better which chemical messengers are disorganised by which drugs, we have more starting points for treatment. The sooner the treatment starts – preferably in the Emergency Room! – the less chance that the consequences are permanent.
For instance, PCP  - and to a lesser extent cannabis - blocks the receptors of the stimulant messenger glutamate. The medication lamictal activates these receptors, and is therefore the treatment of preference of a specialised centre in London. A centre in St. Petersburg successfully stimulated certain brain parts electromagnetically. This can also be applied to people suffering from depersonalisation disorders that have not been caused by the use of drugs.
In most cases, the youngsters do not need to be advised not to take drugs anymore. The smell of weed alone could cause my son to have a flash back of the bad trip.
The best thing to do is stay in a well known environment. Regular life and distraction are important. Talking about it is good, but not too much, as this reinforces the self observant behaviour. At first, it is good to go along with the youngster in his avoidance of stimulating situations. This way his brain will be able to settle down. In the long term however, he should be carefully stimulated to confront more difficult situations. Cognitive behavioural therapy can be used to accompany him.  A trauma therapy can help him deal with his experiences of anxiety. Sports or body-oriented therapy can help the youngster to get into contact with his body again.
If the healing process stagnates, intervention with medication is needed. Not only because chronic depersonalisation disorders are difficult to break through, but also because in many cases, secondary to the depersonalisation disorder, an anxiety disorder or depression develops.
With youngsters who are apparently sensitive to drugs, we must be extra careful in the building-up of medication. They can be extra sensitive to these as well. The most important thing therefore is: patience. For the youngster, and for his environment.